Hackers Steal $172B Globally From Consumers

Bad things happen to good consumers and 2017 was a banner year for cybercrime here and abroad. The 2017 Norton Security Report found that of the $172 billion that was stolen from consumers globally–$19.4 billion of that was from consumers in the U.S. The average victim lost $142 and 20 hours of their time trying to correct the damage.

According to the study, there’s plenty of blame to go around. On one hand, global citizens are at the mercy of continually more sophisticated bands of cybercriminals. However, the Norton Report finds consumers are severely lacking at keeping up their own cybersecurity. Although 85% of consumers rate protection from malicious threats as their biggest concern, 1 out of 5 admit using the same password for all their accounts. 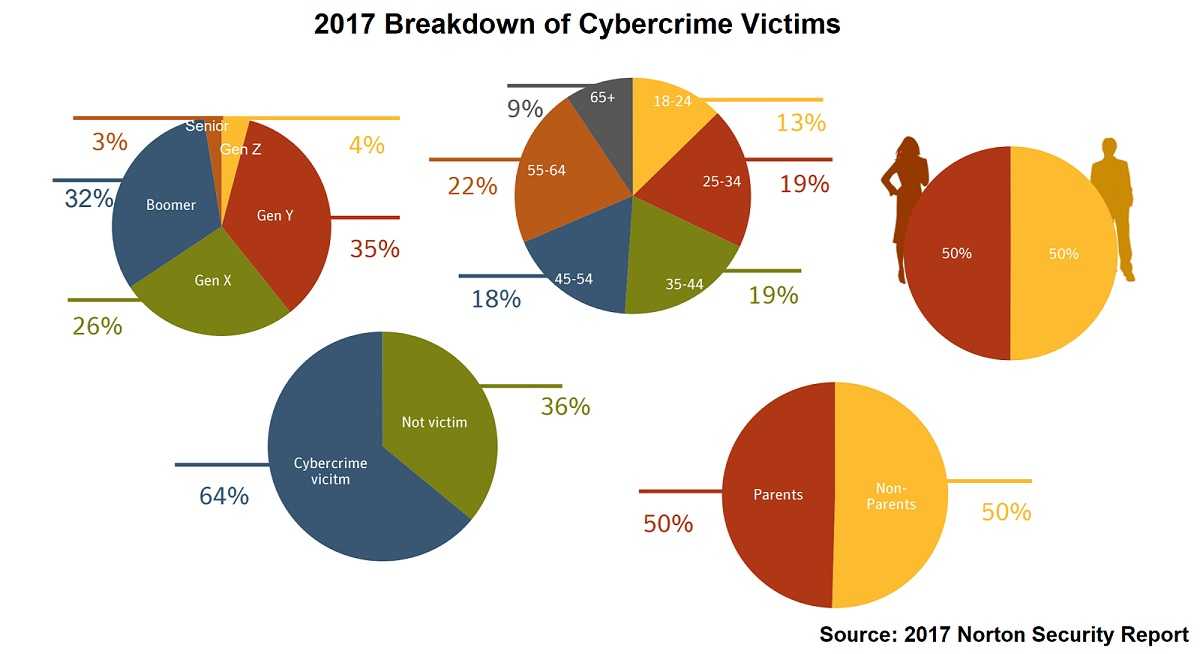 The Report finds that 44% of consumers have experienced cybercrime personally. Of those victims, 39% regain trust in their ability to protect their sensitive data, with 33% believing they’re now at a low risk of being a cybercrime victim again. That’s interesting since security experts say that once a victim of cybercrime, there is a higher risk of being attacked again. Your private information is already out there in cyberspace for hackers to pluck.

Ironically, The Norton Report finds that the actions of consumers contradict what they know about cybersecurity. There are some ways to fight back at cybercrime.

• Get serious about your passwords. Don’t create one tied to information that may be found on the web; the longer your password is, the harder it is to hack; always use two-step verification whenever possible; make sure they include at least one number and one special character and are unique to every single site you log into.

• Change default passwords when connecting any new hardware devices. One of the first tasks you should do when installing a new router, for example, is to change the default administrator password and then download the latest patches for the product. Often, these sit on store shelves or in warehouses for a long time before they are sold. In the meantime, updates likely have been released.

• Beware of public Wi-Fi whether or not it’s password-protected. It’s like broadcasting your information on a huge, public TV screen. If you must use Wi-Fi when you’re out and about, use a Virtual Private Network (VPN) for a secure connection and privacy. Don’t assume that just because you need a password to log into the connection at your favorite café that it’s secure.

• Phishing hacks are incredibly successful. Use extreme caution with email messages or attachments from people you don’t know. A message could also be from a cybercriminal who has hacked a friend or family member’s account. Verify the sender or link by hovering your cursor over the URL. If isn’t taking you to where you expect, don’t click it.

• Protect all (all means all) devices with security software. Immediately apply any released security patches to protect against the latest cyber threats. Keep antivirus software updated at all times and if a product is no longer supported, make sure to update it to a version that is.